Our second game jam and another win! This time around the theme for the jam was “One Tool, Many Uses”. We were up against 75 games, all exclusively using the Game Maker engine.

We took the theme quite literally and came up with the idea for our protagonist to be a construction worker with a particularly useful measuring tape. The primary use for the tape was like a grappling hook. We had ideas for other mechanics with the tape, which ended up only in the tutorial level.

I began the artwork with our hero, Leroy the construction worker. A mustache, safety vest & hat later, he was ready for the job. I pushed to give him a tiny jump mechanic, not enough to really make a difference in gameplay, but enough to have fun pressing the button. Next, I created his trusty measuring tape, inspired by Stanley tools. Turns out the measuring tape was actually 16 increments long if you use your mouse wheel; also a standard length in feet for measuring tapes. 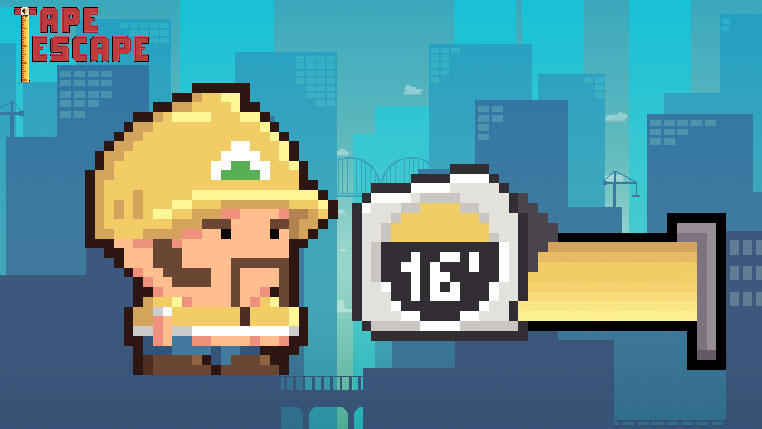 I then came up with some hook points for him to latch onto, and the rickety cage elevator to transition him between levels. I wanted the player to have a dangerous feeling of being high up on a skyscraper and made the background entirely of blue skies and tall buildings. The raw iron and concrete of our platforms added to the precarious feeling of being on an active construction site. 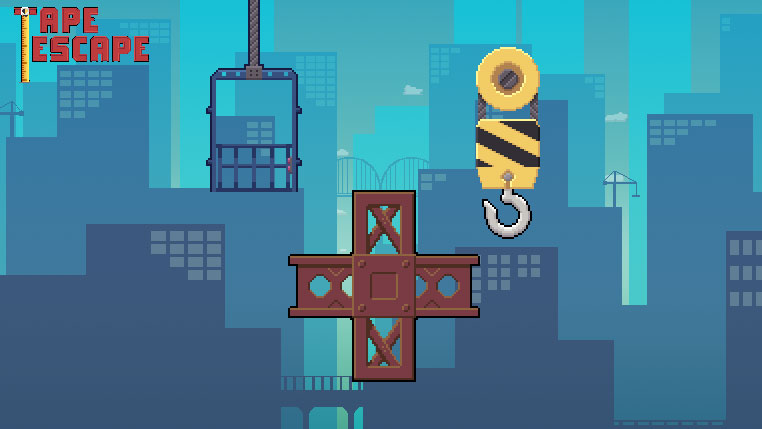 We didn’t exactly iron out Leroy’s motivation for climbing the skyscraper. In the end, we decided that he had left his lunchbox at the top. Along the way, we made up some beer cans for bonus points to put off the beaten path. In the third level, we introduced a conveyor belt and a button to spice things up. 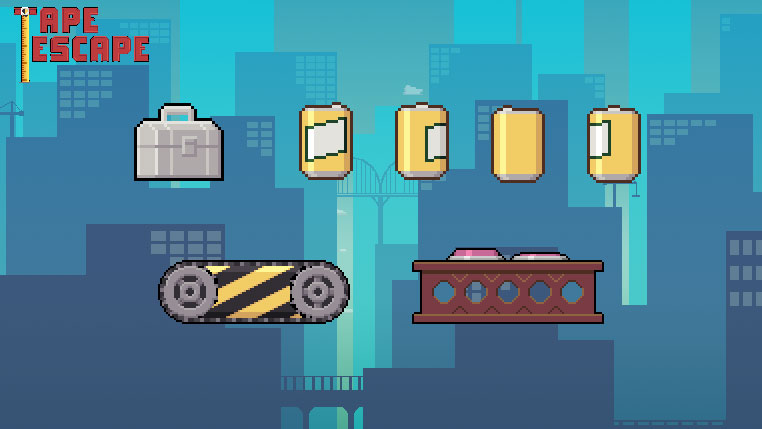 I struggled for a bit with a vision for our title. I landed on reusing the measuring tape and putting it with some lettering made out of our iron I-beams. During the final hours, I whipped up some props for the background, a table & saw, cement mixer, bags of cement, stacks of wood and warning barriers. 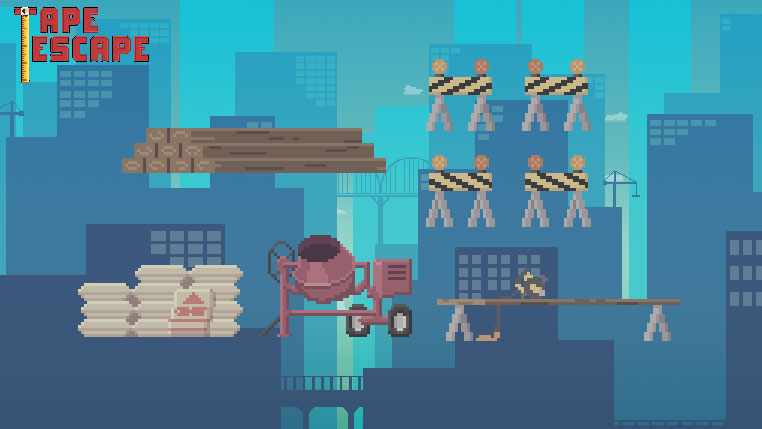 I’m quite happy with our result, especially considering we had a day less this time around. The mechanic came out really solid, with a bit of practice Leroy was very mobile. We even had some speedrunners aiming for a high score!