We won! My first game jam and we knocked it out of the park, a clean sweep, first place in all categories.

The jam was hosted by Shack News, and the theme was “Shack News Meme Wall”. This was quite a challenge, I’ve read articles on Shack News from time to time, but didn’t really participate in their unique community. Rather than bouncing around ideas from a general theme, this was very specific and we did a great deal of research into the community and its memes before coming up with a game concept.

My buddy Cileth had an idea to do a procedurally generated platformer. We ran with that, finding one of the themes had something to do with “sand”, and decided on a desert, Egypt, Indiana Jones kind of theme. From there we explored options for our protagonist.

We found a video stream of the Shack News owner, wearing a black t-shirt, glasses and a baseball cap; this was a start. Another meme was something about “$300 pants”, to which we concluded to be part of the goal of the game was the search for pants. $300 pants became a power-up in the game, and our character became pantsless. We tried doing blurs or a black censor bar for his waistline, eventually ending up on tighty-whities. 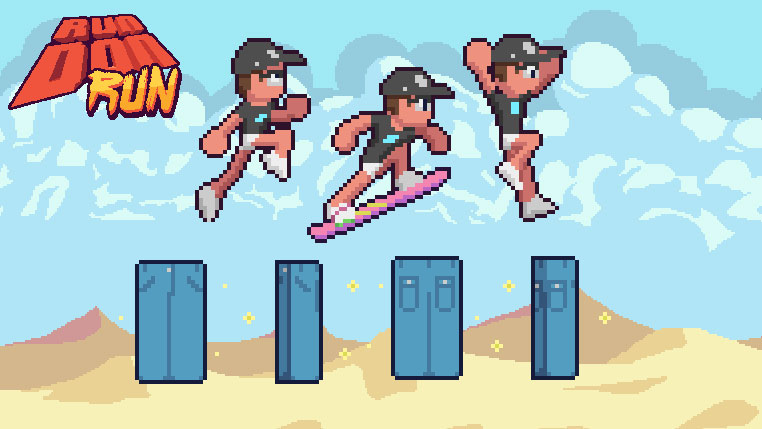 “Limes” had something to do with the sand meme, they became a way to cross chasms. You could collect food tickets on your way, another meme. We came up with a few monsters to face as you ran, a couple pygmies, snake, a beetle and a grasshopper. There was another meme about a “hoverboard”, which we turned into a powerup that radically changed the gameplay for a few seconds. 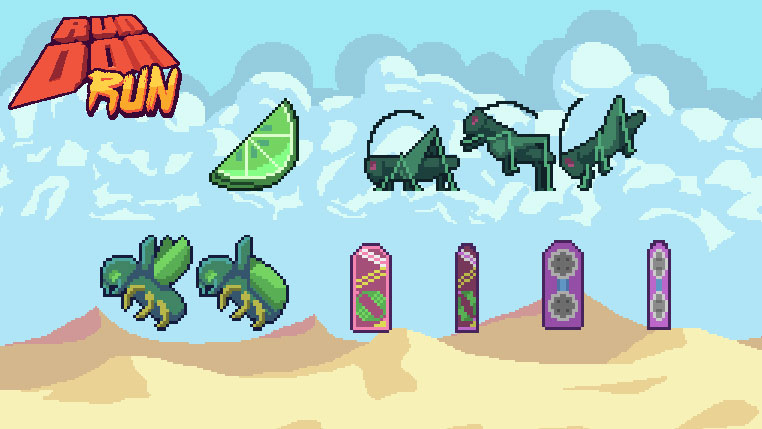 I did the majority of the artwork for the game. Our platformer was a continuous runner, and we came across a meme about someone named Don who should run far away from his situation. This became the name for our game and I created a title screen for it. The aesthetic for the title tied into our “game over”, and “thanks for playing” screens. And thus, “Run Don Run” was born in 72 hours!

I wasn’t sure what to expect out of our first game jam. There were 8 entries total, a pretty good chance and a far cry from the roughly 20 people that entered. It occurred to me that a number of people may not have finished their game in a manner they were comfortable with. I’m quite happy with how the game came out, and frankly more polished than I was hoping for in my first game jam attempt.